Let’s find out how to build a cheap and powerful NAS to host Plex Media Server (PMS). In this article are exposed 3 variants of HTPC as much as possible convenient.

This article is the final chapter of two other post made in the past where I talk about Plex and my personal experience that I have developed over the years. You can read them here:

Let’s now see what hardware choose to get a NAS with Plex that is:

As already mentioned, the different configurations that I will now exhibit are essentially in a “plexian” perspective, that is only and exclusively according to the number of clients that will have to manage, or how many “people at the same time are trying to see a film” (since it is the main limiting factor).

For those who are beginners in assembling a PC do not get discouraged and get into this magical world, perhaps even giving a reading to: NAS / HTPC with Plex: assembly, consumption and performance.

Update: this section is an addition, as I’ve noticed that not a few have asked me for something even more powerful. I recommend this configuration only to those who really need it because we are talking about a cpu for gaming, more energy intensive (65W TDP) and expensive.

Although I have not personally tested it, there are testimonies that attest the ability of this processor to manage 6 transcoding flows starting from files with 15-20 mbps of bitrate. Extrapolating you can understand what we are talking about (you can nearly compete with Netflix).

Not using a dedicated graphics card there is no need to use an ATX power supply (maximum power consumption should be on 70-90 Watts). Among the SSD I have selected what has excellent speed both in writing and reading, but nothing forbids to take a model less performing, saving something.

The rational behind the choices

Initially, to replace my old server, I had taken into consideration a new generation platform that had a score, according to CpuBenchmark, of 8000 points. Why? Simply because according to the guidelines of Plex this was necessary to ensure transcoding of 4 full HD movies (or 2 in 4K).

Initially I therefore aimed an i3-8100 (around 130 euros) accompanied by a motherboard 1151 v2, (attention!) costing another 100 for a total of … too much money. Moreover, it still consumed too much current for my taste.

Than the flash of inspiration.

When I discovered that the Intel Gemini Lake family processors (in particular the J5005 model) was able to easily transcode multiple 4K movies without lag, I didn’t believe it. Consumption and costs further reduced. But I wasn’t satisfied. For what I wanted to do, this was too much.

So, by informing through the official forum, I find that other people have tried to do something very similar to me.

Finally I come to the conclusion that j4105is practically very similar to the j5005 (and therefore also able to hold 4 clients) and essentially was chosen by me for the price difference (of almost 50 euros!) which, in a build like this , they are not few.

The price of the j3455 can be compared to the j4105, but it mounts a bit cheaper ram. Essentially, again, it depends on what price you will find the components.

The principle is only one: fewer ram banks are used and less watts are consumed. I remind you that it consumes up to 4w for an additional used ram slot! If you want to reduce the bill and do the maths… you will discover that it is not a bad idea.

I suggest to use 8gb of ram to have more safety margin, especially if you want to install Windows or to run other services too. For each transcoding flow plex uses about 500mb, with peaks of about 1gb when performing heavy library maintenance operations. That said, for those aiming for savings, 4GB is more than enough if the clients are really 3/4 maximum and the machine (which runs on Linux) is not excessively “stressed” with anything else.

Pay attention to compatibility! These motherboards are rather “picky”, so I invite you to check twice before buying an incompatible stick of ram. You can check directly on the official ASRock website (j3355b, j3355m, j4105b, j4105m, j5005).

Forget about ATX power supplies if you want to keep costs down. Why? In addition to the actual higher cost, despite the 80-plus efficiency declared, these power supplies have a rather poor yield when it comes to delivering 20-30 watts.

Just do a little search in forums to understand why Pico power supplies are so used: they have an average efficiency of over 90%, reaching peaks of up to 96%.

These are to be supplied with a 12 volt power supply. Many times these can already be found at home, otherwise you should buy one for a few euros.

As an option there is the purchase of splitters that allow you to supply more discs.

This is the point on which the reader has more choice. Let’s say that my basic principle was “it must be as small as possible, but just as spacious to guarantee a good number of HDDs and above all a proper ventilation“.

The cases of the first configurations are therefore designed considering to supporting a maximum of two disks (or maybe even less).

Instead chassis of the latest configurations have plenty of space in which to insert up to 6 units.

A middle way is instead represented by a case that also supports up to three discs, but on this I would like to make a small clarification.

Cooler Master Elite 110 declares that it can accommodates a maximum of 3 3.5 ” HDDs or just as many as 2.5” (with various intermediate configurations). This is because an ATX power supply must also enter the case. With a little bit of imagination and DIY you can take advantage of the space very well, just like this user did, who was able to easily put 4 discs. Imagine now if you also use the space of the power supply.

In addition to Cooler Master Elite, I noticed that there are quite a few other cases, very similar to this, at the costing even less. They are practically “copies”, so even in this situation you shoudl buy the one that costs less (or aesthetically pleases you more).

Nothing prevents you from buying a 4U Rack case that is able to hosts up to 24 discs (like this one). Let’s say that at that point or you have an infinity of data (to equate the number of films on Netflix you need about 20 Tb, so potentially it takes even only 2/3 HDD) or you have small disks (in this case it would be better to replace them with less disks more capacious.

For those who already know the world of nas, he knows what I’m about to talk. For those who are beginners and find themselves here almost by chance, in a few lines they can get an idea of why in all the builds I recommend,Western Digital Red are the most recommended discs.

In more complex words:this document illustrates the disruption rates of disks over time. It might seem that WD Red sucks … but it’s just not that simple. Costs and consumption must also be considered.

Seagate Ironwolf is also a viable alternative that would seem to have come to the limelight in recent years.

Here too, if you are going to put in more discs, a sata pcie expansion card will be useful.

Ssd/USB for the operating system

I preferred to list only one usb and not the ssd because the latter would occupy a sata port (potentially a precious slot for an HDD used for movies). If you already intend to use a single disc or you already have an ssd and you don’t care what I just said, well the choice is yours!

The indicated USB pen is the one that costs less and offers better performance. To install Linux it is more than enough even a cut of only 4 GB. The performances are not as per ssd, but they are still excellent for what the machine has to do.

Errata corrige: any USB 3.0 pen is fine(it should be sold by a decent company); each in fact has considerable performance (over 100mb/s in reading). This is why the advice is to recycle!

All cards have an ethernet connection, but none have built-in wifi/Bluetooth. Even in this case it is up to you to understand if it is strictly necessary or you are able to wire the HTPC to the router (solution in any case preferable).

Update: probably even an external USB adapter like this one below is fine.

Although you may be an old Windows lover, you must know that Linux is certainly more efficient at managing the resources available. This is particularly vital when you are asked to make the most of what you have.

This is why Linux is a choice you can’t go wrong with (and that works really well in a live os on usb pen).

Open Media Vault and unRAID are custom-made operating systems from Linux to better manage a NAS. The first one is free, the second doesn’t, both work very well.

FreeNAS instead it really requires a lot of hardware to work (something like 1 GB of RAM for each tb of data) so, on systems so “tailor-made” I don’t feel like recommending it.

If you really fear making a mess or want to use the PC for other W10 applications, you can always fall back on that.

Update: I recently spent a few words also on OpenMediaVault, also giving some tips in the installation process: OpenMediaVault (OMV) on USB and software for NAS.

I have already talked about this here, but it is important to underline that because it’s important for the project in order to work (at least as long as this option is not freely given to everyone).

Since hardware transcoding is so powerful, to have an equivalent that does software transcoding (since you don’t have Plex Pass), you should also spend 100/200 euros more (for example if you buy a i3 8100 with relative motherboard, or recycling some old components as I did). This is anything but convenient and that’s why I recommend buying the pass (or at least giving it a little thought by trying it for a month / year).

I hope that my personal research, which later turned into this long and tortuous article, can come back to you in some useful way and maybe save you time!

For any extra information, clarification or advice, write it below in the comments: we will be happy to answer you (and maybe to know what you use as a media server!)

For the writing of this article I have tried to take as much as possible useful to our case from these sources, helpful for furthering the theme:

ABOUT US
Ranieri's Desk is a blog that contains reviews, guides and much more. Born with the aim of incorporating different ideas and opinions in one place, it proposes to you hoping to make you fall in love with something that has conquered us too!
Contact us: [email protected]
FOLLOW US
© Ranieri's Desk - P.IVA 01028420147 - All rights reserved 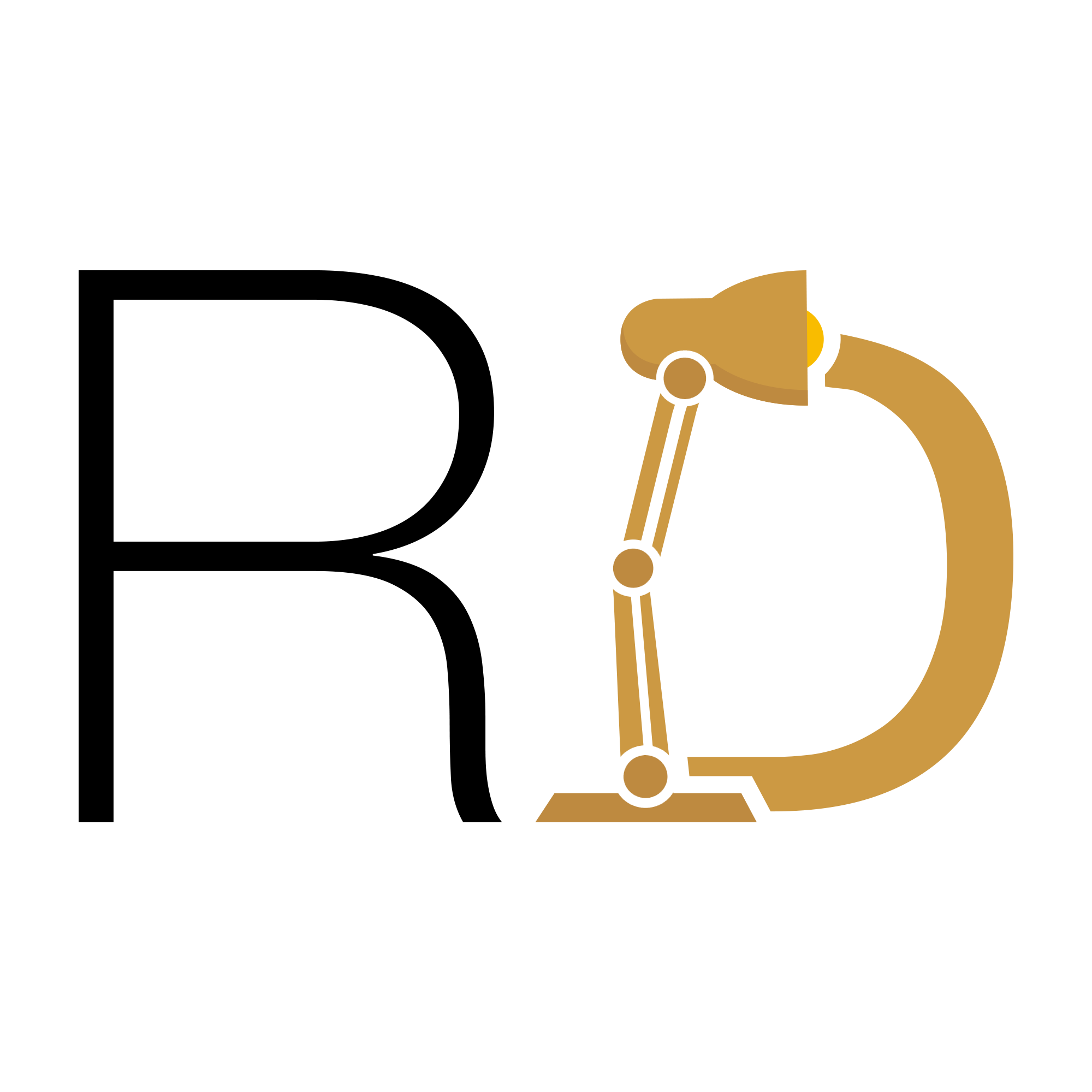